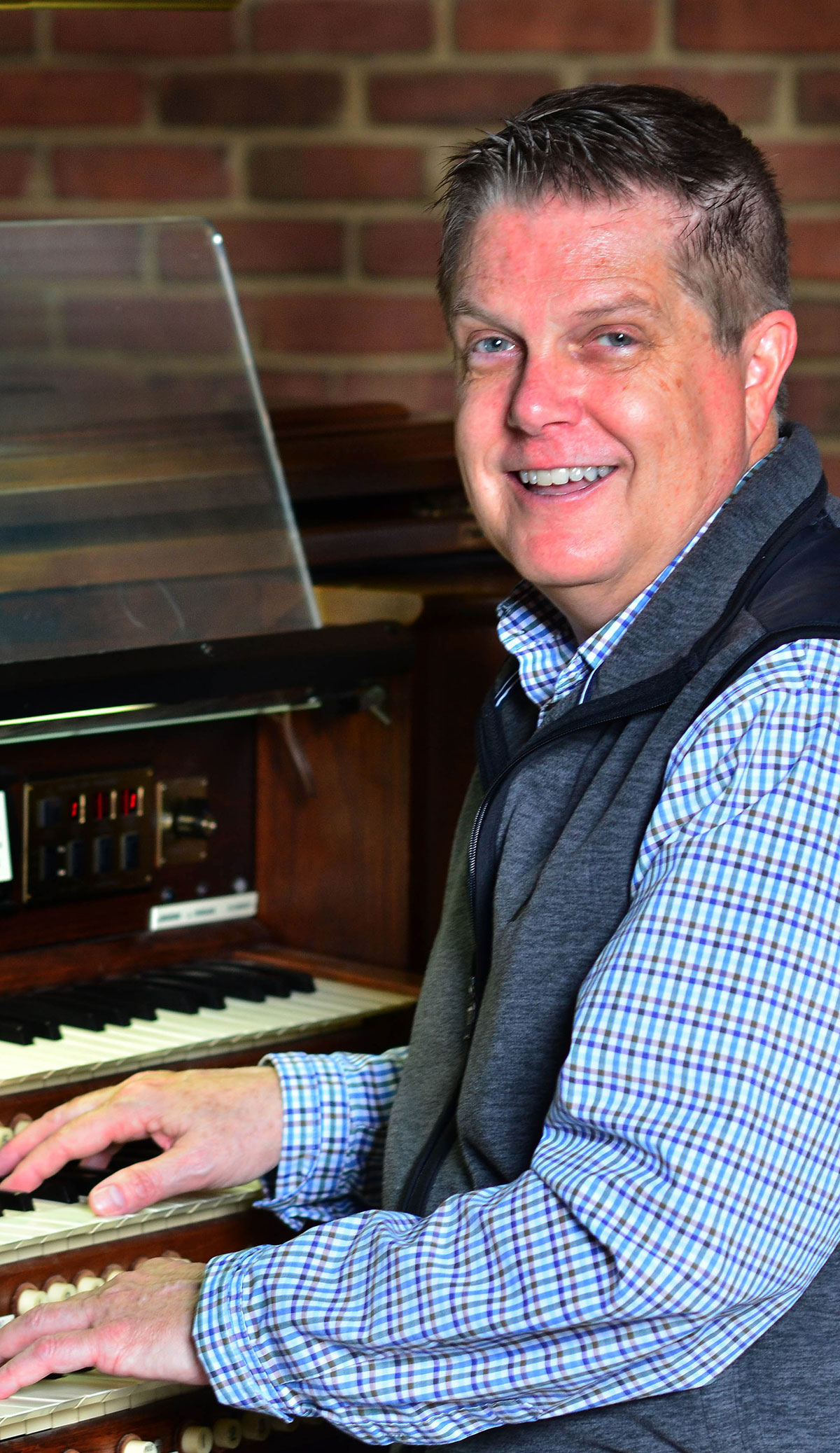 Director of Music Ministries
Kurt Snider
757.595.6531, ext 306
Email
Hi. My name is Kurt Snider and I am the Director of Music Ministries here at Chestnut. I was raised in the Methodist Church and can remember singing in choirs and playing the piano and organ from when I was just a very young child. My mother was the Church organist. I was very musical and participated in almost every group possible in my youth and throughout High School. If there was Music - I was there. I graduated from De-Pauw University, a Methodist School with a Bachelor's degree in music. I also studied organ and music counterpoint in Vienna, Austria. I earned a Master of Music degree from Westminster Choir College in Princeton, NJ. I have served Churches in IN, NJ, PA, OH, AR, and VA. 1 Love the Lord, am a Christian and have dedicated my life to serving the Lord through Music Ministry.

GIVE THANKS WITH A GRATEFUL HEART
As Chestnut opens its doors and we all look forward to coming back to worship on Sunday mornings, I have been thinking about the hymn “Give Thanks with a Grateful Heart” that we have sung together many times as found in our Faith We Sing hymnal. This hymn was written in nearby Williamsburg, VA by Henry Smith in 1978 and was eventually published around 1986. The story goes that Smith had just graduated from seminary and wasn’t having much luck landing a job anywhere. He and his wife were living in a Williamsburg apartment and he was also suffering from several major health issues. He liked to write songs and sing at the church where they regularly attended in Williamsburg. He and his wife enjoyed singing his song “Give Thanks” for their church and everyone really liked it. A military officer church member there asked Smith if he could get a copy of the song to take and share with his new congregation where he was being transferred in Germany. There “Give Thanks” quickly became very popular and throughout Europe, unknown to Smith. One day a friend brought a cassette recording to Smith and said “listen to this.” Smith listened and said “that’s my song!” Turns out Integrity Music had heard the song, published and recorded it crediting it to “author unknown.” Smith immediately called Integrity Music exclaiming “that’s my song!” They were happy to hear from him and said they had been attempting to track him down. Later that year, Don Moen released the song on his “Give Thanks” album. Interestingly the hymn does share some melodic elements with “Go West” by the Village People and later covered by The Pet Shop Boys. “Give Thanks” written in Williamsburg, VA helps us to focus our hearts on the infinite goodness of God and the joy of pouring out our appreciation to God wherever we are and whatever our circumstances may be. Give thanks with a grateful heart!

The Choirs of Chestnut minister to all ages from children to teenagers to adults. We learn to sing and ring together primarily to contribute our praise and glory to the worship service. But Music at Chestnut goes beyond Worship. Music helps teach VBS, Christmas Pageants, and Musicals such as "Once Upon a Parable", Moses and the Freedom Fanatics", "Malice in the Palace", and "David and Goliath" just to name a few. Music Ministry at Chestnut reaches out into the community through concerts by our choirs as well as other groups such as "The Jeremiah People", Langley's "Heritage Band of America" and the "Virginia Wesleyan Choir". The world-renowned "Raleigh Ringers" Handbell Choir was also very well received by our congregation and the whole community! Participating in a choir at Chestnut is a wonderful experience with many benefits. You learn about music and tips on how to make music - and you may even make new Christian friends.

Chestnut offers opportunities for everyone to participate in Music Ministry - not only in Worship and hymn singing, but through the many singing and ringing choirs for all ages.

The Choirs of Chestnut