print this page
According to a story that has been passed down for generations, sometime in 1896 a Mrs. Caffee and a Mr. N.T. Rayfield were walking home from the local Baptist church, discussing the need for a Methodist church in their East End neighborhood. Washington Avenue Methodist was quite a distance on foot. Second Baptist was convenient on Orcutt Avenue but it wasn't Methodist. Mrs. Caffee and Mr. Rayfield canvassed their East End neighborhood for interest and approached The Rev. George Wray of Washington Avenue for his assistance. Meetings began in Sheeney /Cheney Hall, a small frame structure at 27th and Roanoke Avenue. In 1897, a small building was erected on land donated by Dr. Carter Perkins at 25th and Chestnut Avenue. The Virginia Conference of the Methodist Episcopal Church, South appointed The Rev. M.S. Colonna to the newly-chartered Chestnut Avenue in November of 1897.

A brick structure was erected in 1905 and expanded in 1917 to accommodate the growing church. Tragedy struck in January of 1927 when a fire destroyed the main auditorium. The congregation came together to raise funds, borrow money, and continue to worship and serve the East End. The church was rebuilt and expanded by March of 1928. 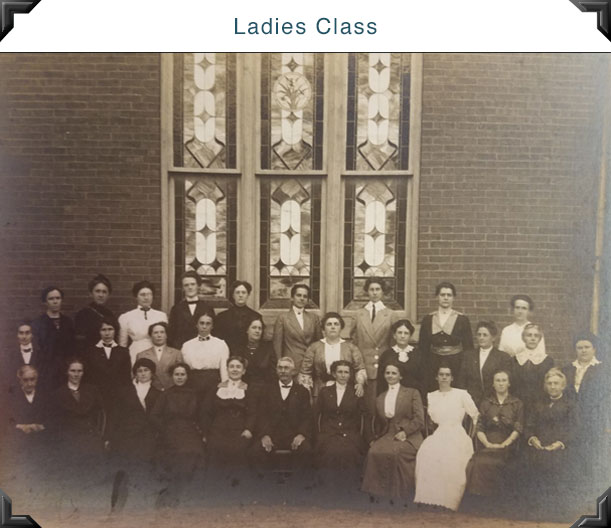 Through the lean years of the 1930s and the start of WWII, the church managed to pay off the building debt. By the time we celebrated our 45th anniversary and made our final payment in 1942, we were in need of more space. We were now known as Chestnut Avenue Methodist Church. The three major branches of the Methodist church reunited in 1939. In 1946, we began using the former parsonage for additional meeting space. In the 1950s we remodeled the structure for our educational programs. In 1960, we completed a new educational wing. By 1963 we were once again in need of space. In addition to that, many of our members had moved up the Peninsula and away from the East End. In 1967, plans were made to move the church to its current location. Peninsula Central Methodist Church was formed in the area to serve the neighborhood until a church could be built. Peninsula Central first met at Deer Park Elementary and then in the farmhouse located on the Harpersville Road property. The churches merged in 1969 and moved together into the new building in January of 1970.

We chose to honor Chestnut Avenue by naming the church Chestnut Memorial. We became United Methodists as a result of the Methodist Church merger with the Evangelical United Brethren Church in 1968. Chestnut Memorial continued to grow through the 1970s, adding the children's wing in 1975. The church added a Mother's Day Out program and eventually a Preschool to fill the wing. Chestnut continued to grow and we constantly needed more space to accommodate the many successful active ministries of the church. In 1991, we celebrated the opening of the current Fellowship Hall. The addition has allowed us to host many district and conference events in the years since. In 1996-97, we celebrated our 100th anniversary. We took a year to celebrate and even returned to Chestnut Avenue to worship in our former sanctuary, now St. Paul A.M.E Church.

The church continues to expand ministries and we have now built additional storage to support them: Volunteers In Mission, Youth Mission trips, Scouting, P.O.R.T. to name a few. Over the years, we have repurposed areas to fit the changing needs of the congregation. The Food Pantry, which got its start as a few canned goods in a medicine cabinet, now fills an entire room just off the Fellowship Hall. Classrooms serve as bright meeting rooms for children. Chestnut is still a place of growth and constant change, meeting the needs of Christ's body by being rooted in faith and reaching out in love.